Alcoholism as a Disease Term Paper 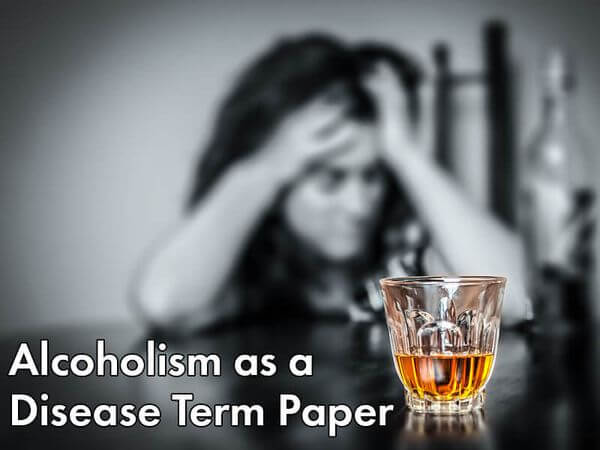 Alcoholism is considered a medical disease that has many negative effects on the economy as well as on the society in general. By definition, alcoholism refers to consuming alcoholic drinks so much and for so long that it begins to seriously affect different aspects of life, including school, work, family, personal safety, health, social relationships etc. However, despite the destructive consequences, a person who is addicted to alcohol continues consuming it.

Alcoholism is equal to a medical disease, because it develops according to a typical course of social, physical and psychological systems. Namely, it is a serious and progressive disease that requires timely assistance of a medical specialist to avert its effects before they become irreversible. If alcoholism is left without proper attention, it can become fatal.

Alcoholism can be treated successfully. If a person takes a decision to give up this destructive habit, he/she can abstain from drinking and return control over their life. In this case, such person is called “a recovering alcoholic”. Certain symptoms and drinking problem patterns, as well as treatment methods, can vary from person to person. In most cases, an alcoholic who has recovered will not be able to drink normally again and will have to completely abstain from alcohol throughout their lifetime.

People of any age, gender, social and economic status can become addicted to alcohol. Alcoholism is a difficult disorder and its complexity sometimes does not allow proper defining of an alcoholic. For example, some researchers consider that to be called an alcoholic an individual does not even have to consume alcohol every day. Addiction to the substance is what makes it a problem, not daily drinking. The common first symptoms of alcoholism include:

Alcoholism has a direct relation to multiple physical and psychological diseases. Moreover, it is also the cause of a number of issues, such as car accidents, domestic violence, child abuse and many others. Therefore, alcoholism affects not only the person who is drinking alcohol. It also exerts a negative impact on the people around him/her, including friends, family and just casual passersby. In any case, it is undoubted that the problem of alcoholism needs to be resolved.

There are many opinions as to how alcoholism develops.This issue needs further studies to better understand the real causes of alcoholism and find ways to prevent it before it even starts to develop.

The issue of alcoholism has existed for centuries all over the world. It is high time to finally resolve it and prevent it from damaging lives of millions of people.

You Can Write a Love Poem