› Blog › Writing Assistance › A Great Pit within a Society

A Great Pit within a Society 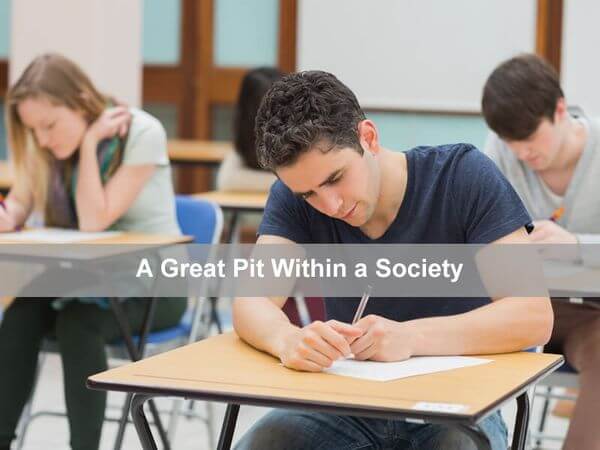 One of the most serious problem of the nowadays’ society is the financial gap among people. Since the concept «wealth» began to exist, there has always been a distinction between the rich and the poor. Income inequality is considered to be one of the oldest issues due to the constant wealth distribution that has never been the same. Apart from the individual economic diversity, the gap between the poor and the rich can also relate to countries and show their difference in the level of financial independence. However, while discussing this topic, not only money but also the equity of opportunities should be taken into consideration. In order to analyze it properly, here are a few main aspects concerning the growing living gap between the rich and the poor.

Reasons for the Gap

There has never been only a single reason for this issue to develop. Constant problems, that are usually interrelated, make an entire system of obstacles that forms financial inequality within society. The most tangible of these issues are education, globalization, gender, technological changes, racism, labor markets, taxes, reforms, cultural diversities, and even innate ability. These problems are all the main reasons for the financial gap to grow; however, what impacts society the most in the nowadays’ capitalist market is the inequality of wages and salaries.

It is all determined by the demand and supply notions and depends directly on the society and its job decisions. If workers are eager to get a certain job at a certain time, it means that the supply for this job is relatively high, whereas not enough people are willing to occupy a certain position, then this situation is going to result in a low demand. As soon as the demand for a job is low and the supply is, on the contrary, high, the salaries will be on a poor level.

Not only market problems but also the government peculiarities can affect the level of the gap between the rich and the poor. Various researches have been conducted to suggest the most effective strategies for the regulation of inequality. It has been proved that government can easily influence the problem with the help of several means, which include providing public education, modern taxation implementation, product subsidization, and sometimes even minimum wage legislation. Proper education will increase the number of skillful workers on necessary positions, thus providing such a needed supply. Appropriate taxing will differentiate the rich and the poor, giving the opportunity for the people to pay less, according to their financial status. The subsidization of products will provide an equal product availability for everyone. LAs but not least, minimum wage legislation may increase the income of the lowest class of workers.

It is important to remember, that rich people own resources, because they have information. By making stress on financial literacy, appropriate education and necessary investments, the gap between the poor and the rich can be eradicated. It is not the question of a few months, or even years – to reach the desirable result, at least, a few decades must be spent to stabilize the situation.

The Importance of the First College Relationship