› Blog › Essay Help › Changing Relationship between Macbeth and His Wife 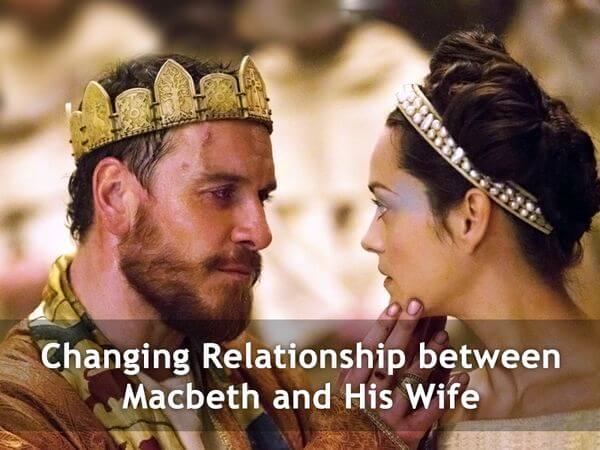 Macbeth is a tragic play full of evil and violence. This tragedy tells the story of an ambitious man who commits horrible crimes to become a king. However, his brutal deeds result in the destruction of his personality and deterioration of the relationships with his wife, Lady Macbeth.

At the beginning of the play, the Macbeths represent a devoted couple with a strong and supportive relationship, but it changes dramatically later. Act 1, scene 5, demonstrates the closeness in the original relationship between husband and wife. In the letter to his wife, Macbeth calls her “dearest partner of greatness”. He informed his wife about his meeting with Witches and their prophecy. However, Lady Macbeth doubts that her husband can receive the title of King. Her speech shows how well she knows Macbeth’s character. It also underlines how close the couple is. Lady Macbeth admits that her husband has lack of courage, and his “overriding ambition” does not help him get the title of King. Macbeth and Lady Macbeth speak to each other in a very intimate manner that emphasizes their close bond.

Act 1, scene 7, shows that Lady Macbeth possesses enormous power over her husband. When Macbeth refused to kill King Duncan, she starts to exert her power upon him. Lady Macbeth is aware of her husband’s weaknesses. Therefore, she attacks him at his vulnerable spot. She criticizes him for being craven and unmanly. Moreover, she calls Macbeth a coward. Lady Macbeth questions her husband’s courage and manhood. She knows that her words will undoubtedly influence Macbeth. In this stage of the play, Shakespeare demonstrates again close relationship between spouses and Lady Macbeth’s dominance. Macbeth listens to his wife attentively. Thus, Lady Macbeth has a major influence on her husband, but the situation changes soon.

After the homicide, Macbeth feels uneasy, and Lady Macbeth has to correct what her husband has done wrong. She still controls Macbeth. Lady Macbeth always cleans up after her husband. When Macduff found the body of Duncan, Macbeth’s behavior draws attention. To draw suspicion from her husband, Lady Macbeth loses consciousness. During the banquet scene, she does it again. She tells Macbeth that he must not reveal himself.

In Act 3, scene 2, the relationship between Macbeth and his wife worsens significantly. Lady Macbeth becomes a lonely woman who has lost her influence on her husband. She tries to find out what is happening, but Macbeth tells her nothing. Sense of guilt overwhelms Lady Macbeth and provokes the state of sleepwalking. Macbeth, in his turn, gains enormous power. However, after Lady Macbeth’s death, he feels grief.