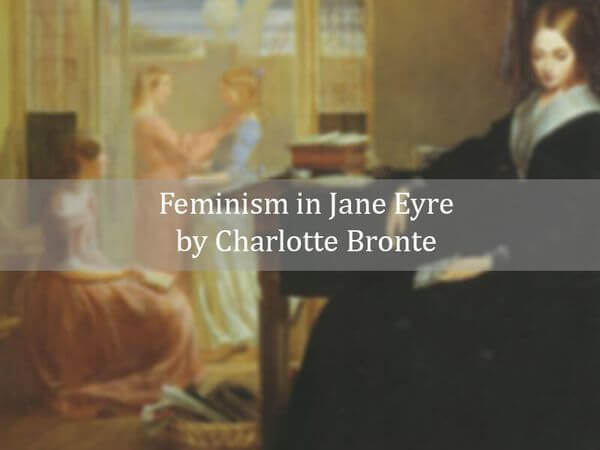 The issue of feminism has long been a topic of interest among distinguished writers. Attentive readers can notice that feminism appears in Shakespeare’s works (e.g. Macbeth) or in the novels of Jane Austen, like Pride and Prejudice. Jane Eyre, the protagonist of Charlotte Bronte’s novel, challenges the norms of the Victorian era and shows the role of a woman in the society of the 19th century. By discussing the place of a woman in society, the author also brings about the issues of class stratification and inequality.

It does not take much time to notice that Jane Eyre is written in a manner typical of feminists. In fact, the ideas mentioned two centuries ago are still topical in the modern society, where thousands of women around the world have to fight against gender discrimination on a daily basis. In Victorian England, women had very limited opportunities. They were excluded from almost all spheres of social life, including education, and the only “career” options they had were either to become a housewife or a governess. Although nowadays a tutor is regarded as a promising profession, two centuries ago it meant to be a servant. Jane Eyre is an intelligent, determined, and wise woman who obviously experiences a lack of respect and social protection and who definitely deserves more. The fact that people toss Jane Eyre around with no regard for her feelings and life values is a clear demonstration of disrespect towards her profession and women in general.

Victorian women are to receive the credit for the first success of feminists. Although their achievements were not that obvious as those of feminists in the 70’s, they played a crucial role in the movement by raising the awareness. It became possible by passing the message through books and stories like this novel. With more effective communication technologies yet to be invented, books were the best means to communicate the ideas to remote places.

Although many experts regard Jane Eyre as a vivid example of feminist literature, some argue the author’s only intention was to discuss social inequality. They think that using a woman as the protagonist simply allowed the writer to relate to the character. However, a passage from Jane’s monologue (chapter 23) is a solid evidence for those who do see Bronte’s feminist intentions. There, she dares to challenge the man’s perception of her as a powerless person: “Do you think because I am poor, obscure, plain, and little, I am soul and heartless? You think wrong! – I have as much soul as you, – and full as much heart.”

On seeing Jane leaving Rochester, the reader understands this is a woman of a great inner strength. However, she felt depressed and broken: “[She] looked at [her] love: that feeling which was my master’s – which he had created; it shivered in my heart, like a suffering child in a cold cradle.” This passage clearly demonstrates that Jane left the house with the feeling of severe bitterness. Therefore, the author seeks to describe the differences between female and male nature. In fact, a woman, though strong, is more emotional when compared to man. Though it is for the reader to decide, Bronte seems to be describing a feminist side of the protagonist. Despite the scarcity of such episodes, they allow us to have a better look at female traits of Jane Eyre, and consequently, broaden the horizons of gender specific thinking.